International Women’s Day – You all rock! 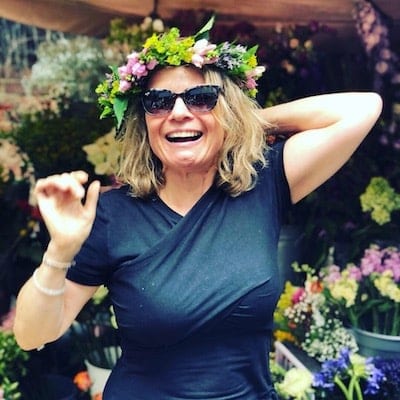 So, we’ve been here 5 years. International Women’s Day passes peacefully every year. No orders to note. No increase in customers. No special requests apart from the odd customer from France or Italy asking for mimosa.

Until yesterday. We were completely unprepared for what happened yesterday.

March 8th 2018, as far as we were concerned, was going to be just another cold Thursday. Gearing up for Mother’s Day, but nothing to note in particular. And on arriving home much later than expected, and reading of marches for International Women’s Day around the world, and anger, and fights for justice, I wanted to share what we learnt.

And that is that International Women’s Day has arrived. And there is joy. And hope. And celebration.

We were inundated … understaffed, frantic… and full of joy and wonder. The phones ringing constantly with people wanting to place orders, and queues of people at the shop.

Women sending their women bosses flowers to thank them for being awesome role models. Women buying flowers for their women friends who rock. Women buying flowers for their friends, their mums, their sisters. All amazing on a day, and for a ‘movement’ that’s gained so much traction over this last 12 or so months. So even if that was the news, that would have been news enough.

But there was something else extraordinary. The Men. Men! Lots of Men. Young men. Old men. And it was the men joining in that has made me write such a long and rambling post. Men coming in to buy flowers for their sisters. Their Aunties. Their Friends. Their Co-Workers. Their entire Team. Women and Men. And lots of them.

So, my first thought was that International Women’s Day is now, officially, on the map. And how great that is. And my second thought was it’s on the map for Women… but it’s also on the map for Men. In a positive way. A grateful way. A celebratory way. And that, is progress, that should be celebrated. And I can’t think I’ve ever seen that before. And it was the unity that I loved. Of the men and the women in celebrating and rejoicing and this day not being ‘pigeon-holed’ as an angry day or a fighting day.

We experienced a day full of people who wanted to share their love and pride and celebration of women. And that was wonderful.

So we wanted to share. And say #yourock. All of you.

For the moment, Front Gate ONLY is open only: 320 Battersea Park Road, SW11 3BX

SIGN UP TO OUR NEWSLETTER & GET 10% OFF YOUR NEXT ORDER